Christopher Hudson telling him that he isn't proud of Finn's choices.

"What’s that saying? The show’s gotta go all over the place, or something."
—Finn Hudson.

Minister Finn Hudson, O.M. (First Class), is a half-blood wizard, the eldest child of Christopher Hudson and Carole Howell and one of the most famous wizards of modern times. Finn is one year older than his brother Brody Hudson. He began attending Hogwarts School of Witchcraft and Wizardry in 1990 and was sorted into Hufflepuff House. He is one of the four Elementals and has the element air under his control.

His father died in a war when he was only two years old. It left his mother all alone to take care of an infant and a newborn baby. Thankfully, his mother got a new love in her life, Joshua Dunbar, the father of Patrick and Liam Dunbar, whom also mourned the loss of his respective partner. They found strength in each other and decided to live with their families under one roof after they got married.

Finn is best friends with Justin and is in a romantic relationship with Quinn. He became a Prefect of Hufflepuff in 1994. Finn is also the Captain and Seeker of the Hufflepuff Quidditch team. He was a member of Hudbar's Army and the Order of the Elementals. Finn is friends and roommates with Moose, Cedric, Danny and Blaine in the Hufflepuff Basement during his time at Hogwarts.

At the age of eleven, Finn attending Hogwarts School of Witchcraft and Wizardry in 1990. Finn was at first really nervous about it, in what house he get sorted in, if he will get any friends, if people will like him. On 1 September, Joshua and Carole brings together with Brody, Patrick and Liam Finn to the Hogwarts Express where they gonna say goodbye to him. Finn didn't showed it much, but inside of him he broke to say goodbye to his parents and brothers, he found it hard to say goodbye to the people he loved.

He stepped into the Hogwarts Express after giving many kissis to his family, and is sitting with follow students in a compartment. In this same cabin, he met follow student Santana Lopez, who's later being a Slytherin student, and they share some talks though the journey. Finn already knew immediately that Santana was a hard aunt and that it's not a person he loved to hang out with. Arriving the Hogsmeade station, Finn with his follow students are taking their journey further with boats. Finn avoided Santana and got into a boat with other students, where he met Justin Russo. Finn and Justin share nice talks on their way to the castle and it is clear that these two are allowed to each other.

Arriving to the castle, all the students coming inside where Minerva McGonagall welcomes the new students and escorted them to the greatt hall. At the Sorting Ceremony, Finn was really nervous about it. Seeing his follow students being sorted made him feel stressfull. Finn wanted to be in the same house as Justin, since he was the only person who he liked. For Finn, it didn't matter for him in which house he could be. Well, he preferred Hufflepuff, because that was the house in wich Carole, his mother, was sorted in in her Hogwarts years. But he also wouldn't had problems with Slytherin too, because that was the house of his stepfather Joshua. At Finn's turn, he's getting sorted in to Hufflepuff and is really happy about it when students from older years welcomes him. After hearing that his friend Justin was sorted into Ravenclaw, he seems sad about it.

Finn felt really lonely at the beginning of his year. He didn't made friends that fast, and only hung out with Justin and a few Ravenclaw students he didn't liked. He found Hogwarts a horrible place, because he wasn't surrounded by his family. He misses them, and got homesick. Finn cried in silence every night in his bedroom at the Hufflepuff Basement and acted so aloof. Until Pomona Sprout seems to know about Finn's sadness. She and Finn talked about his homesick and they got really nice talks. Finn felt better, and starting to make friends of his own house.

Finn felt amazing, and wrote every week a letter to his mom and sended her with Prinky, his snow owl. As soon Finn got populair in his own house, made fantastic friends, he really enjoyed his first year of Hogwarts. His friendship with Justin got stronger, they became best friends and they hung out at Hogsmeade.

Finn also met his love of his life, when Justin let him meet Quinn Fabray, a beautiful girl from Ravenclaw who's smart and wise. At a beautiful night at the Ravenclaw Tower, he and Quinn share nice talks, watching the beautiful sky and they starting to like each other. At this night, he and Quinn share their first kiss. They both agreed to start to date before it's getting official, so in their freetime, they took the other out for a drink at Hogsmeade.

Finn ended his year very well, and couldn't wait for his second year.

In 1991, a new school year begun for Finn. It was an exciting year, because his younger brother Brody Hudson and stepbrother Patrick Dunbar attended Hogwarts for their first year. After a long break, Finn reunited with his best friend Justin, his crush Quinn Fabray and his friends from Hufflepuff and couldn't wait for the sorting ceremony from the new students. While Finn is sitting at the Huffle table, he's watching how Brody and Patrick got into the Hufflepuff House and seems to be really proud of it.

After celebrating, he couldn't wait to let his brothers meet the other Hufflepuff students, so as a proud brother he showed his brothers to many Huffle students. With Finn being really excited he also let Justin meet him his brothers and also some professors. Finn also met Isaac, Brittany, Scott and Stiles as the new students and told them how cool Hogwarts is.

In the break after the first year, Finn and Quinn sending each other love letters, so when they are reunited again they became closer then ever and they got into an official relationship. After showing everyone that they are a couple, they became very populair and are known as one of Hogwarts best couples.

Finn has been shown to be one of the most complex characters on Glee. During Season One, and less so in the first part of Season Two, Finn has been shown at time to give into peer pressure because he wants to be liked and not made into an outcast. Despite feeling guilty, Finn has bullied others at school and has often allowed others to bully him into doing things he would usually not agree to. A factor in this has been that Finn has been shown at times to think (wrongly) that popularity is about the only thing he has going for him. However, the second part of Season Two has seen Finn bury his earlier concerns with popularity and image and he is now unambiguously a "Gleek." While he is often able to "get" people and intuit them well. Intellect appears to not be one of his talents, and combined with his naturally trusting nature, this has allowed many of his friends to manipulate his naivety, to suit their own personal desire. The most notable examples would be Quinn's lie regarding how Finn supposedly impregnated her, and Mr. Schuester planting pot on him to blackmail him into joining the Glee group by exploiting the way he was committed into doing his mother proud. He's also a natural born leader, and tries his best. No matter what Finn does, he always tries to give his all. He is especially concerned about being a good son, and becoming a good man. 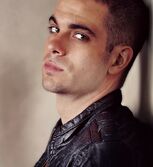 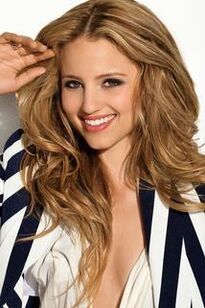 Solos (In a Group Number)

Solos (In a Group Number)